Judge David Hamilton will serve as the administrative/presiding judge of the Akron Municipal Court for 2023.

In this role, Judge Hamilton will oversee the court’s administration, docket, and court calendar, as well as the observance of the rules of superintendence and the timely reporting and termination of all cases in the court.

Judge Hamilton was elected to the bench in November 2019. He graduated from Cuyahoga Valley Christian Academy (CVCA), The University of Akron and Western Michigan University’s Thomas M. Cooley School of Law.

“I am proud to have been selected by my colleagues to serve as Presiding Judge of the Akron Municipal Court for 2023,” Judge Hamilton said. “It will be an exciting year for all of us as this upcoming fall, we are slated to open our new courthouse. This move will benefit all court users.”

Judge Hamilton has been recognized several times for his leadership efforts locally. He was named to Crain’s Cleveland Business “Forty Under 40” list in 2019 and earned the “30 For The Future” award from the Greater Akron Chamber in 2020. In August 2022, he was presented with the Akron Urban League’s “Rising Star” award.

Judge Hamilton’s duties in this capacity began January 1, 2023. Judge Ron Cable served as administrative/presiding judge for both 2021 and 2022. 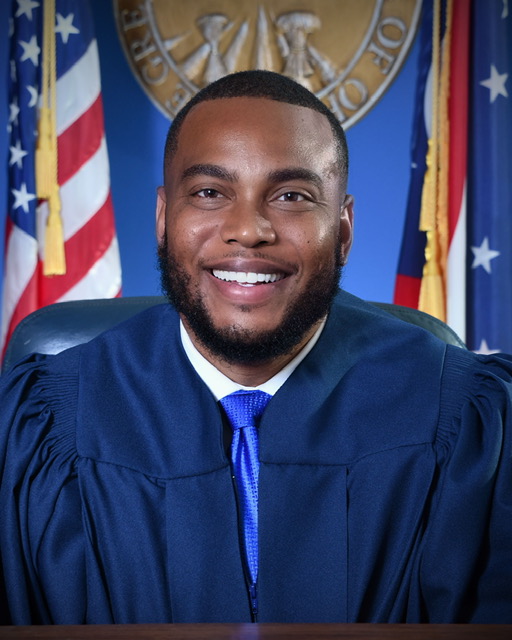