Specialized dockets are courts that are dedicated to specific types of offenses or offenders and use a combination of different techniques for holding offenders accountable while also addressing the underlying causes of their behavior. If a program similar to CATCH Court is created on a local level, this type of docket would be the first for female adults in Summit County.

“Human trafficking is a problem in our state. There are already at least three other Ohio courts with adult human trafficking dockets in communities similar to Akron. The law provides for expungement of certain offenses committed by human trafficking victims. It is important that Akron Municipal Court be able to identify and help these victims,” said Judge Cable.

Judge Ron Cable was elected to the bench in 2017. 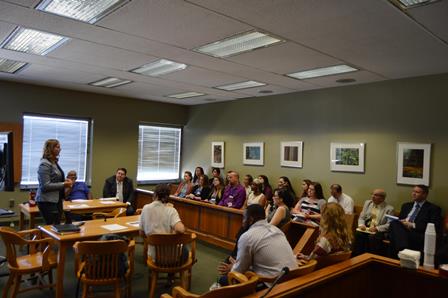