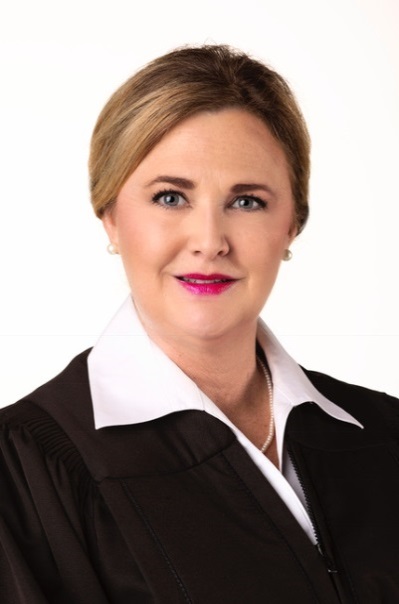 Judge Ann Marie O'Brien graduated from Hiram College in 1987, with a Bachelors of Arts in Political Science with minors in French and biology. She obtained her law degree from The University of Akron School of Law in 1991. She was admitted to the Ohio bar in 1991.

Judge O'Brien has over 24 years of legal experience, including complex trial experience. She began her career as a bailiff/law clerk in the Wayne County Court of Common Pleas while attending law school. Upon graduating, she began her legal practice as an associate with a law firm in Akron, then as a partner with another law firm prior to establishing her own practice. She also worked as a Judicial Attorney in the Summit County Court of Common Pleas. During her legal career, Judge O'Brien earned an “AV” rating from Martindale Hubbell peer review, has been rated as an Ohio Super Lawyer through 2016, and recognized by the Bar Registry of Preeminent Women Lawyers through 2016. Judge O'Brien was appointed to the Akron Municipal Court Bench in December of 2018.

Judge O'Brien is an active member of the community. She is very active in the Akron Bar Association, having served as Past President, a member of the Board of Trustees and as a Fellow of the Akron Bar Foundation. Her efforts with Akron Bar Association have been focused on promoting access to justice, development of young attorneys, and ethical and efficient representation of the public by attorneys. She volunteers for various Equine and Animal Welfare organizations and has served on the Edwin Shaw Hospital Development Foundation Board. She is also an active volunteer serving on the Collaborative Against Human Trafficking in Summit County, serving at St. Sebastian’s Parish and the Junior League of Akron.